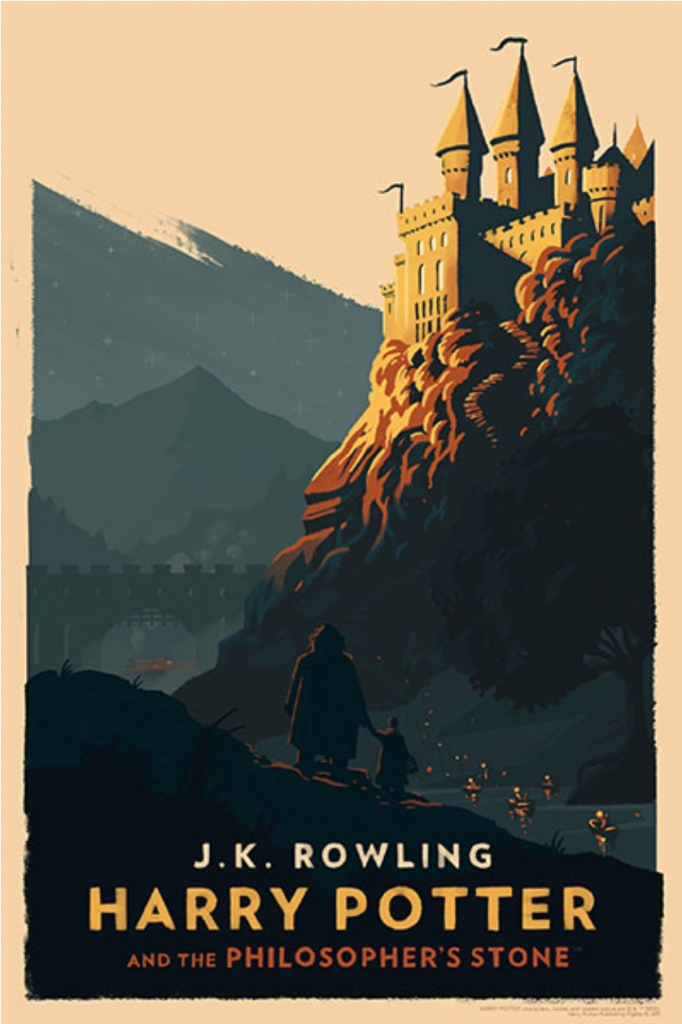 I have chosen to review the first in a series of covers designed by Olly Moss for the release of digital Harry Potter books.

The single typeface used seems to be a custom font that emulates a neat paintbrush, sans serif, with regular lines. 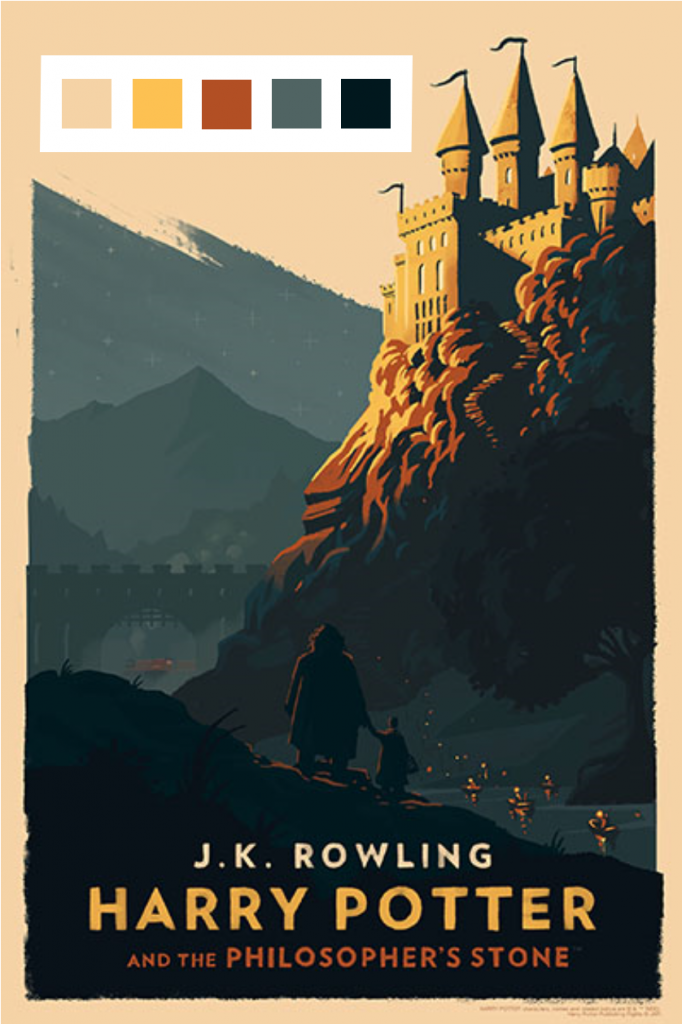 The colour palette consists of 3 main colours; orange, yellow, and blue – which are complimentary colours. The shades of each colour vary a bit, but I have displayed the 5 most consistent shades in the top left of the image above. I find it interesting that the image is for the release of digital book versions, but the colour tones and brushed style are so reminiscent of physical paper. 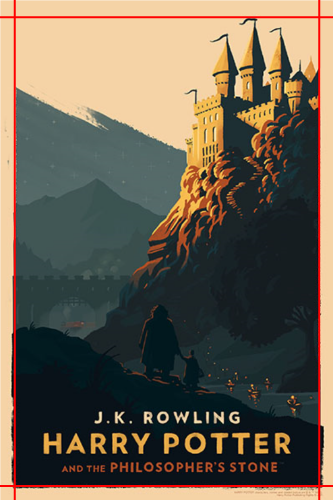 The cover has clear margins, with a little paintbrush spill that ties in to the overall style of the image and adds a bit of a dynamic feel, as if the image is spilling out of its bounds, perhaps into the real world. 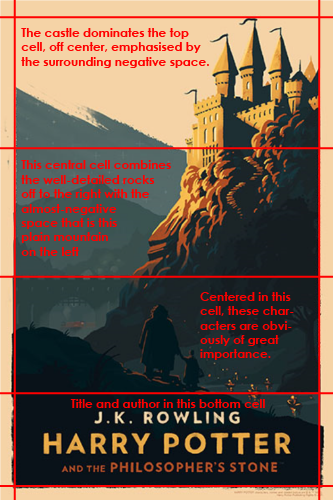 Although there is not a clearly delineated grid, the image seems to have four distinct rectangular layers, each containing a single important feature of the image. Further explanation is embedded in the image above. 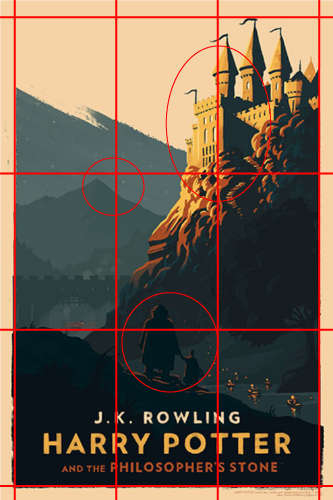 The image has clearly been designed with the rule of thirds at least in mind. When a ‘grid of thirds’ is laid over the image, three important key features are revealed:

Firstly, the imposing castle in the image is situated along the top right point of interest, immediately catching the viewer’s eye.

Secondly, the characters central to both the cover and the story are placed along the horizontal lower third.

Thirdly, almost as a bonus, the mountain peak in the background could be lost in obscurity, but its placement on the top left point of interest draws it back into the image, creating a little bit of extra detail right where it needs to be. 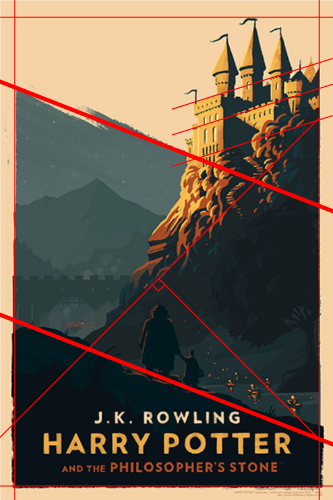 In addition to all of the above, the artist makes very astute use of diagonal lines, drawing the viewer’s eye from one feature to the next in such a way that their eye never needs to skip over empty or dull parts of the image.

Two striking parallel lines (indicated in bold above) slash across the image, replacing the need for a grid by separating the three key features: the castle, the characters, and the copy.

Almost perpendicular to those lines is a central diagonal line. This line connects the castle in the top right to the central characters near the bottom, demarcated by a well detailed and exquisitely shaded cliff.

Additional diagonals are revealed in the details; the line of boats heading towards the bridge, the orthographic structure of the castle.

All of these large and small diagonal lines serve to draw the viewer’s eye across the image, telling an entire story in a single frame.

One thought on “Analysis of Olly Moss Harry Potter cover”