TL;DR: I took apart some CD drives and turned them into a very terrible etch-a-sketch type thing. In the future I hope to give control over to a computer so as to have a very terrible CNC drawing machine.

Code for the project is here.

I recently acquired two old CR drives, thinking it might be fun to mess about with them. I solicited ideas from a popular social news & discussion website, and following positive feedback decided to try my hand at a CNC type machine.

There are many projects out there that use CD drives for 3d printers, laser engravers, and other CNC machines. Since this project is supposed to be a quick experiment, I did not want to spend a tonne of time and money creating something as elaborate as a 3D printer. I decided to use only what resources I had on hand, which was basically the 2 CD drives, an Arduino, an Adafruit Motorshield V2, and a pen. Also some Lego* and hot glue for the structure.

*this is not the first time I’ve used Lego in lieu of actual construction materials.

I had two different CD drives; one from a Dell laptop and a larger one date-stamped 2002 – ancient.

The laptop drive provided exactly one useful thing: a DC motor with a worm gear that drives the laser thingy in a linear motion. The upside to this is that DC motors are much easier to deal with than steppers and only use two wires, the downside is that DC motors are far less accurate, and thus not as useful for the precision targeting that my drawing bot would need.

I decided to use this tiny little linear actuator as the ‘Z’ axis of the bot, to simply lift the pen up and down.

The older drive provided many more useful components. The most obviously helpful components are the physical mechanisms; a DC motor with a gear rack that opens the CD case, a bipolar stepper motor with a worm gearfor driving the laser bit, and a few physical limit switches to help determine when the motor’s object is at the edge of its range.

The two linear actuators would work well for the X and Y axis of the bot. Again, the DC motor is not as precise as a stepper motor, so it’s not ideal for this use case. It is, however, the best I have for now. 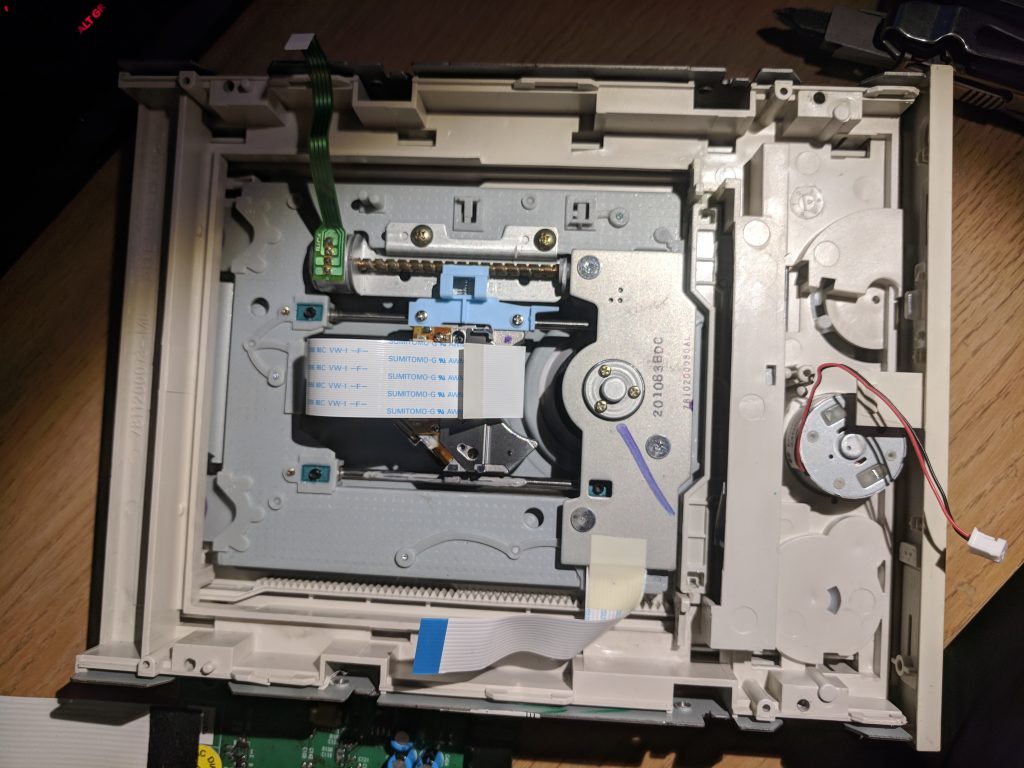 Unfortunately, I could not get the disk-spinner spinning for either of the drives. The motors that spin the disk look like 3 phase brushless DC motors which are a lot more complicated. I did not have the time nor energy on this quick project to delve into that subject, so I put those motors aside for another day. 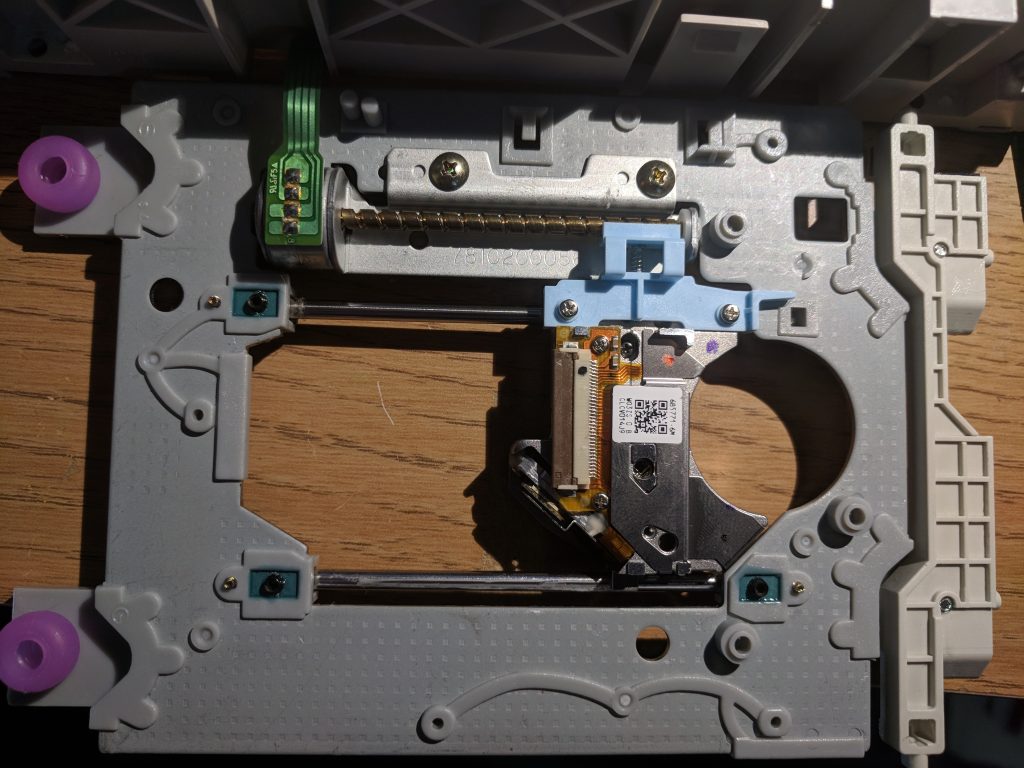 Getting each motor to move individually was simply a matter of finding where the pins are (in the case of the stepper motor also using a multimeter to figure out which ends are connected), and then supplying power via the Motor Shield.

Once all the motors were moving, the theoretical next step was to align each axis and somehow connect them all. The reality of the next step was a frustratingly endless amount of time trying to stick things together that were never supposed to be stuck together. For reasons I won’t get into the only tools I had access to were a hot glue gun, some scissors, and a screwdriver. Of course those are really the only tools you need.

Because taking a CD drive apart involves undoing a lot of the engineering that got it working in the first place, I spent a decent amount of time debugging the mechanisms that I had accidently broken or misused. There’s not much to say about this part of the process other than it is tedious, and frustrating, and then (when/if something works like you expect it to) glorious.

Getting to this stage took a bit longer than I expected. I had hoped to start programming some rudimentary computer controlled drawing by this point, but in classic fashion hardware problems got in the way. At the time of writing the machine is more a horrifying techno etch-a-sketch nightmare than a tool for creative arts, but it is my horrifying techno etch-a-sketch nightmare, and I am happy with it.