This hack was created for my ITP class Intro to Fabrication.

In another class, Basic Analog Circuits, we’ve recently been covering the 555 timer. One of my favourite ridiculous ways to use the 555 timer is in an Atari Punk Console – basically a weird noise machine. Two 555 chips are used to generate interfering square waves, the result being a ‘techno punk’ sound reminiscent of the music and sounds on an early Atari console. The small, annoying console is a perfect circuit to enclose for this week’s assignment. 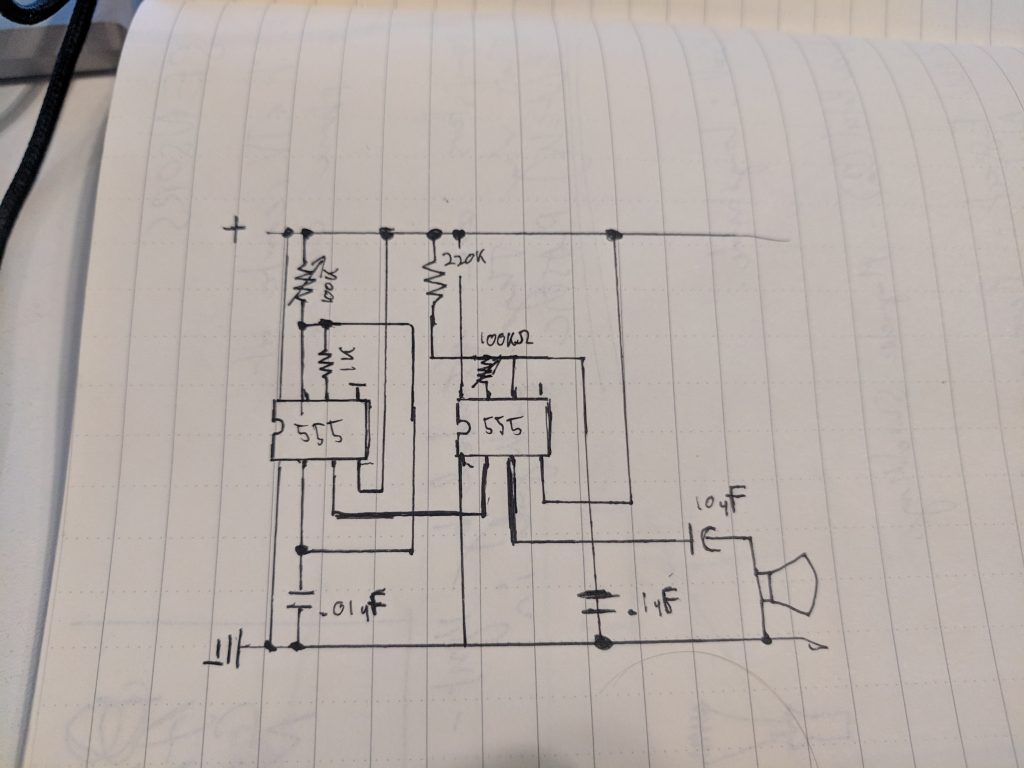 I wanted to create the circuit in an unexpected place – to the junk shelf! The first potential housing I found was a broken audio mixer. I eventually decided it was too big for my liking, but I did salvage some sweet potentiometer knobs from it. 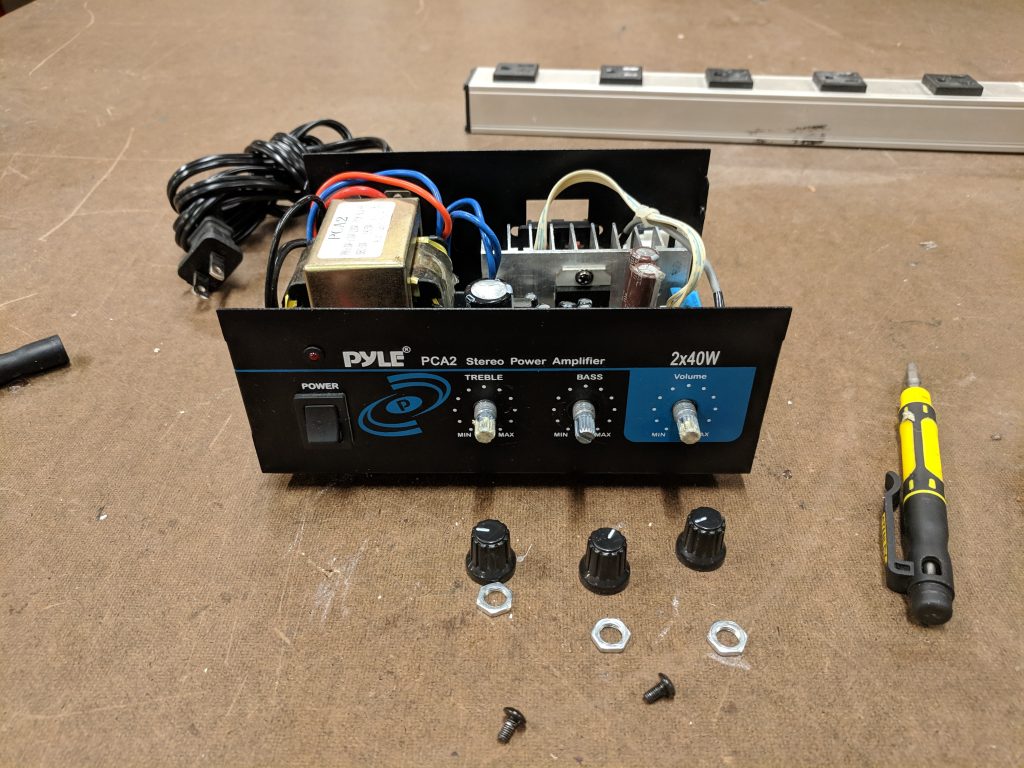 My second find was a clearly broken Macbook charger. I was attracted to it instantly; there’s something about the sealed, pristine box of mystery that immediately makes me want to hack it. At first I didn’t even know if it was possible to open it without completely breaking the housing, but after a bit of careful prying I managed to snap the plastic apart. 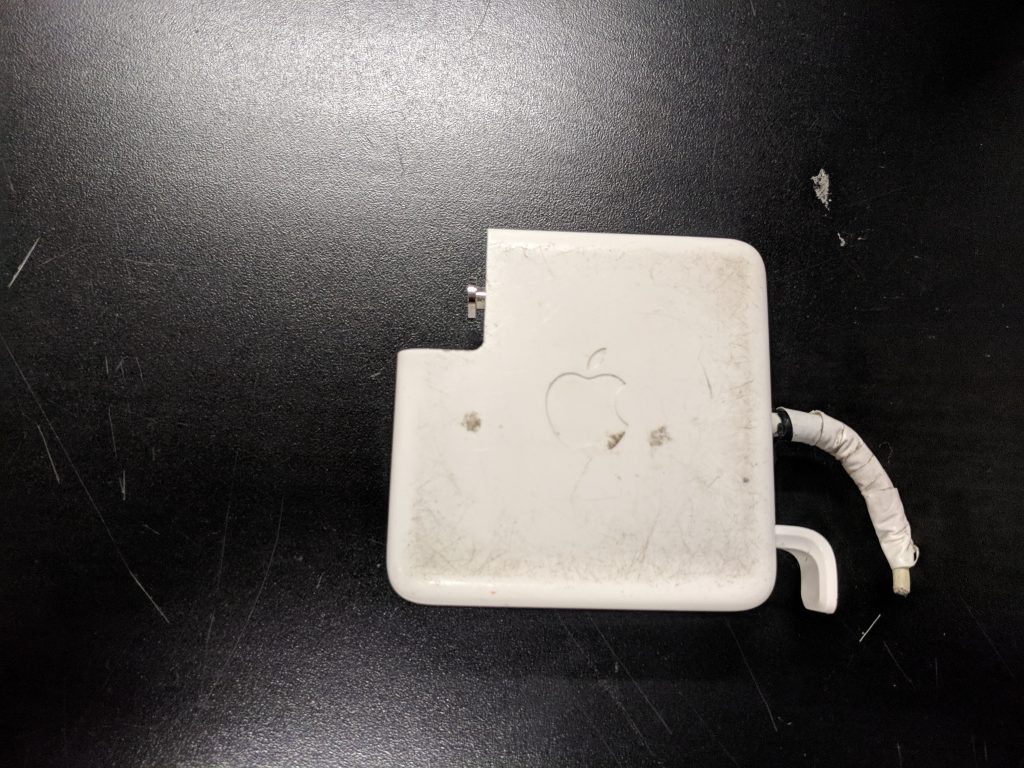 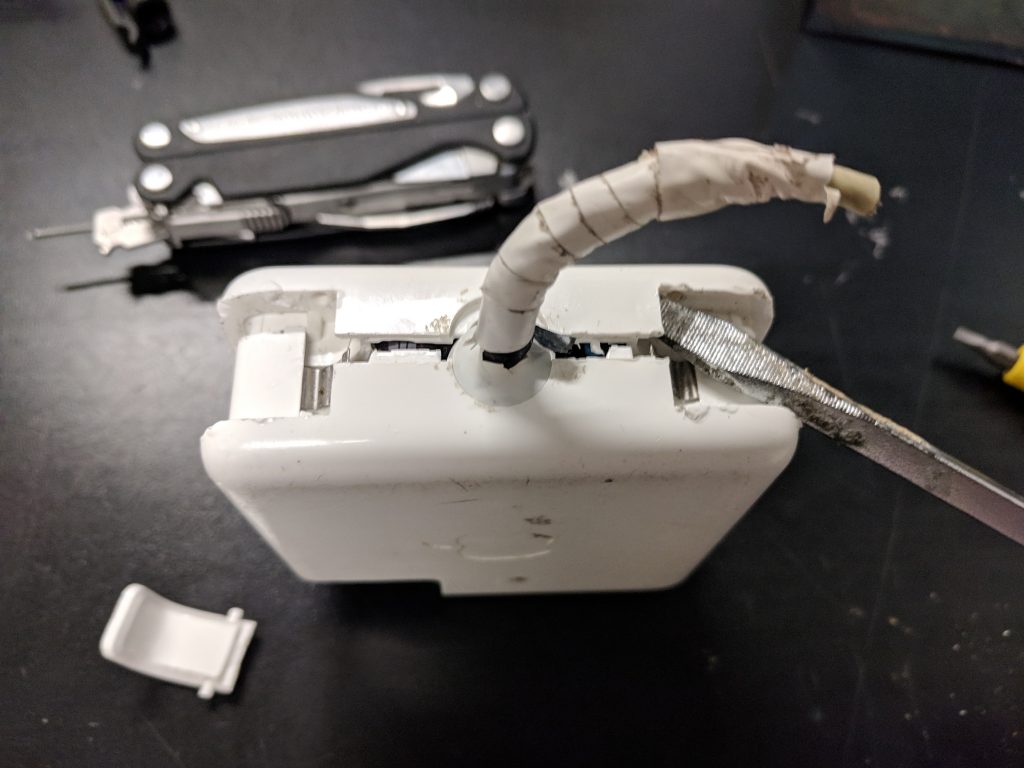 There’s an incredibly well-packed circuit inside, those Apple engineers are magicians. I discarded it immediately; I had my own electronics to put in. 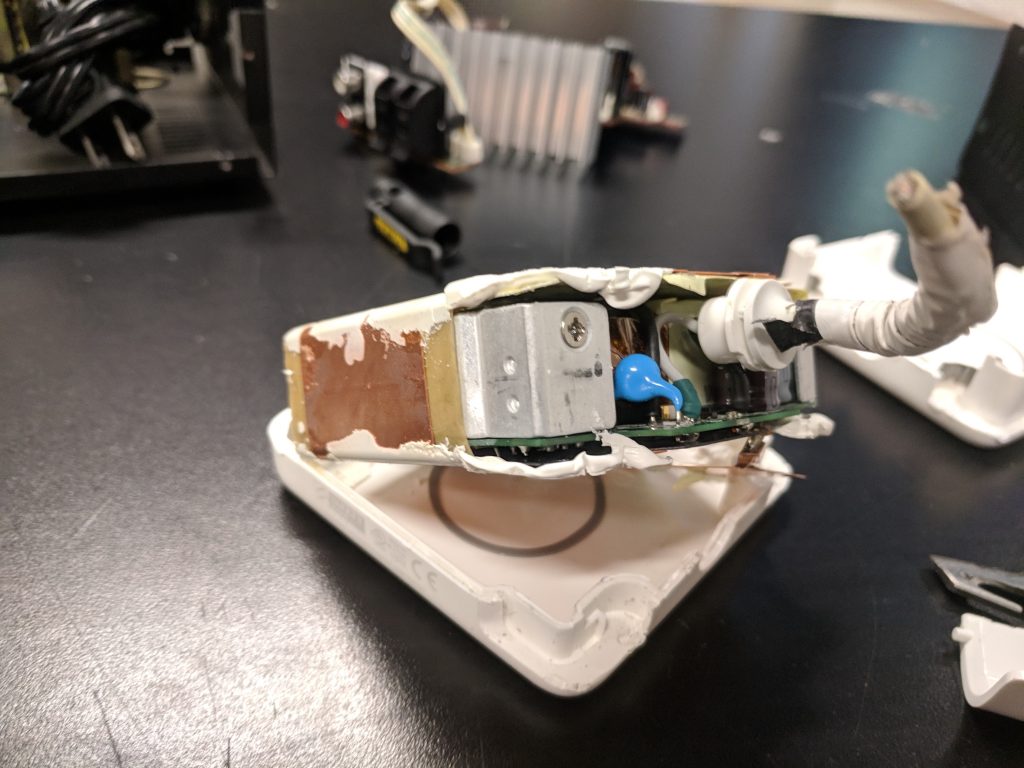 I started to play around with the built-in openings, and to my immediate delight found that our own ITP potentiometers fit well with the hole for the charging cable. 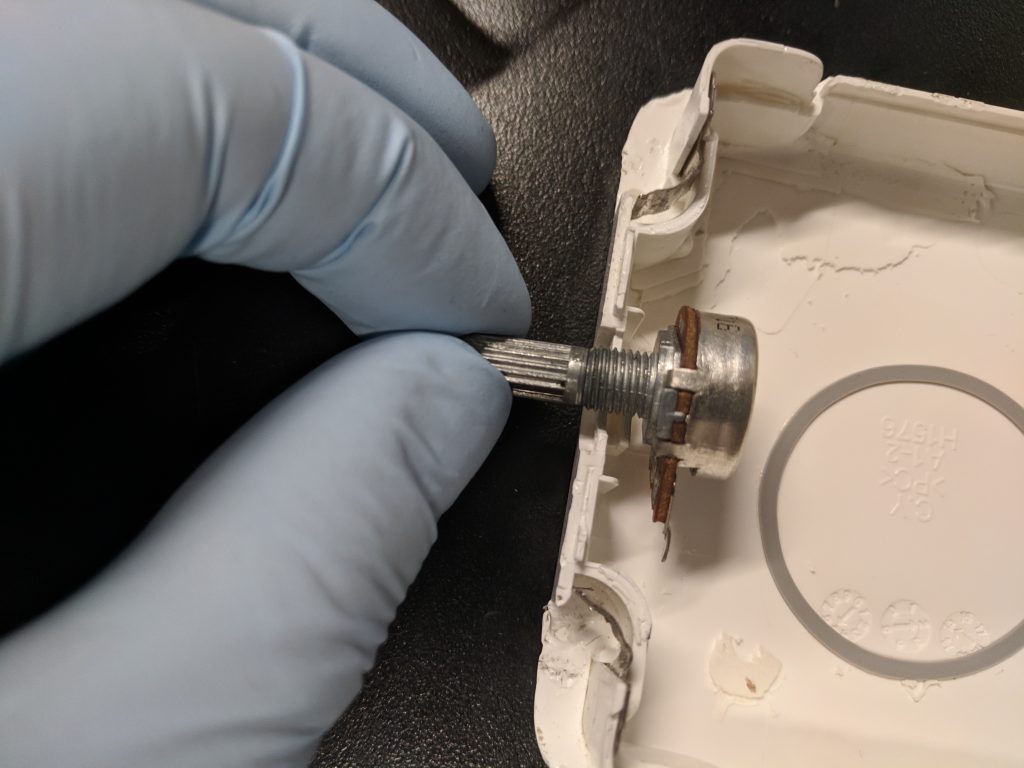 What’s more, the washer and nut I’d salvaged from the mixer secures the pot in perfectly. 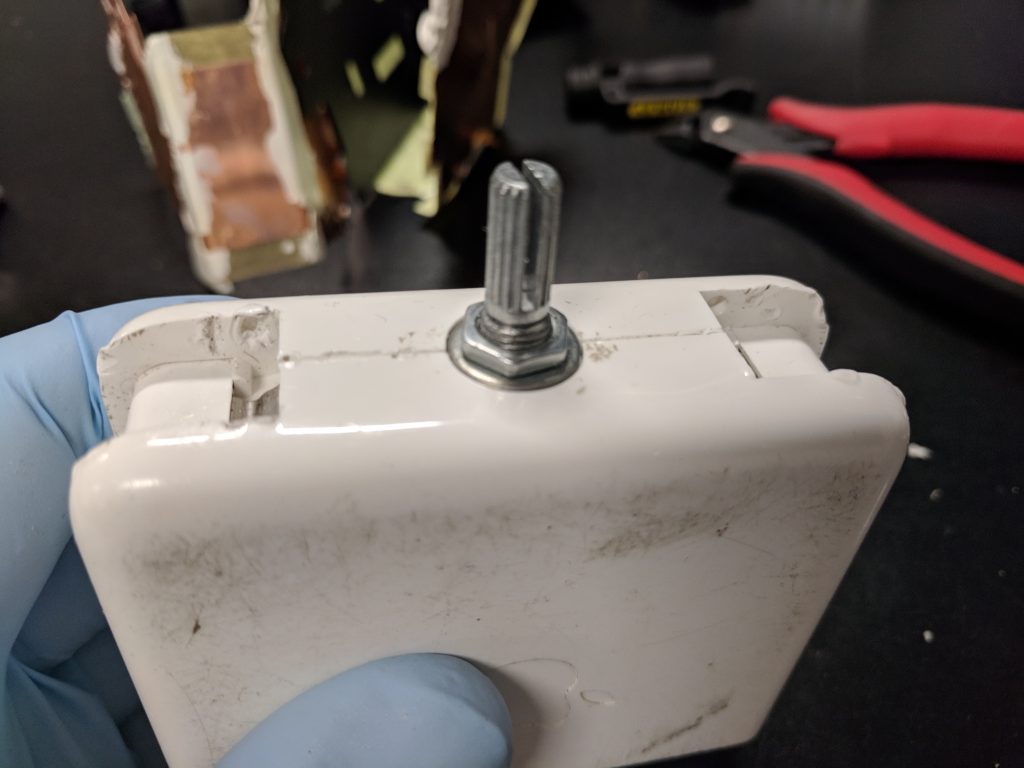 I took this as a sign: my Atari Punk Console simply had to go in this charger. The space inside is cozy; I could tell my circuit would be a tight fit. No room for large breadboards or stray wires; everything would have to be soldered and placed carefully.

Since the Atari Punk Console requires 2 variable resistors for best effect, I had to think about where the second would go. Luckily, the little metal nib thing that keeps the wall adapter in place popped off quite easily, revealing another hole. Unfortunately, that hole was slightly too small for a pot. A quick spin on the drill sorted that out. 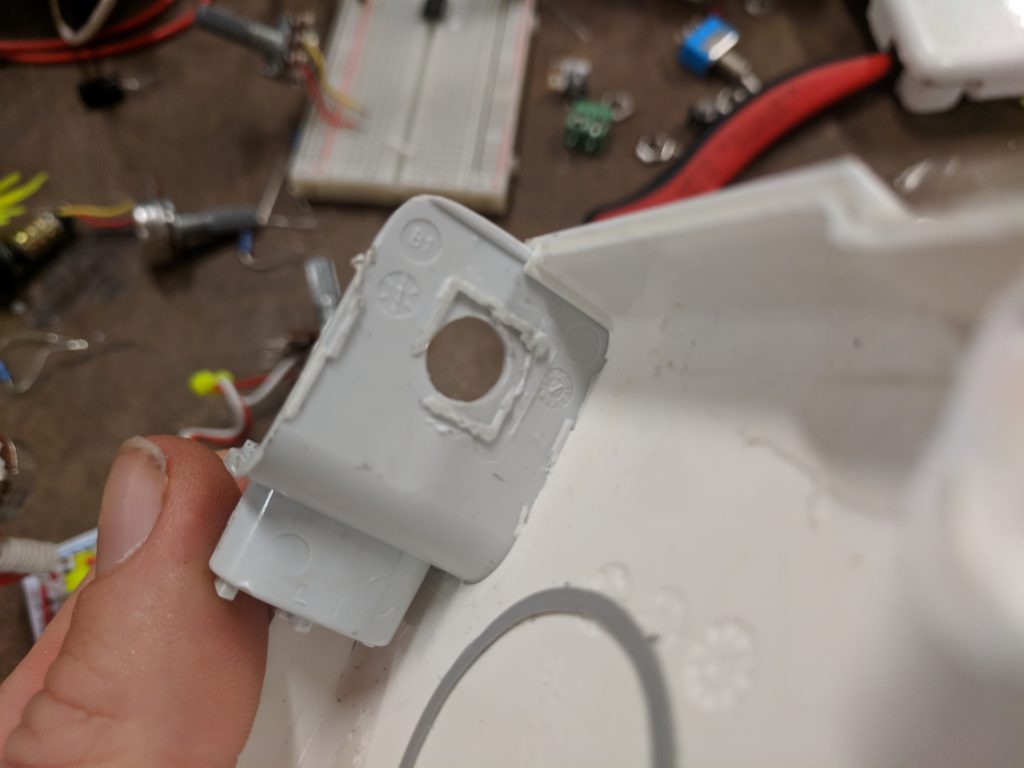 I got tunnel visioned while soldering so unfortunately I don’t have any process pics of that part, but here’s the before and after. The first pic is the prototyping board, the second is the soldered circuit, and the third  is all the pieces fitting snugly together. I’ll be honest that the way the internal pieces fit together is half design, half luck. 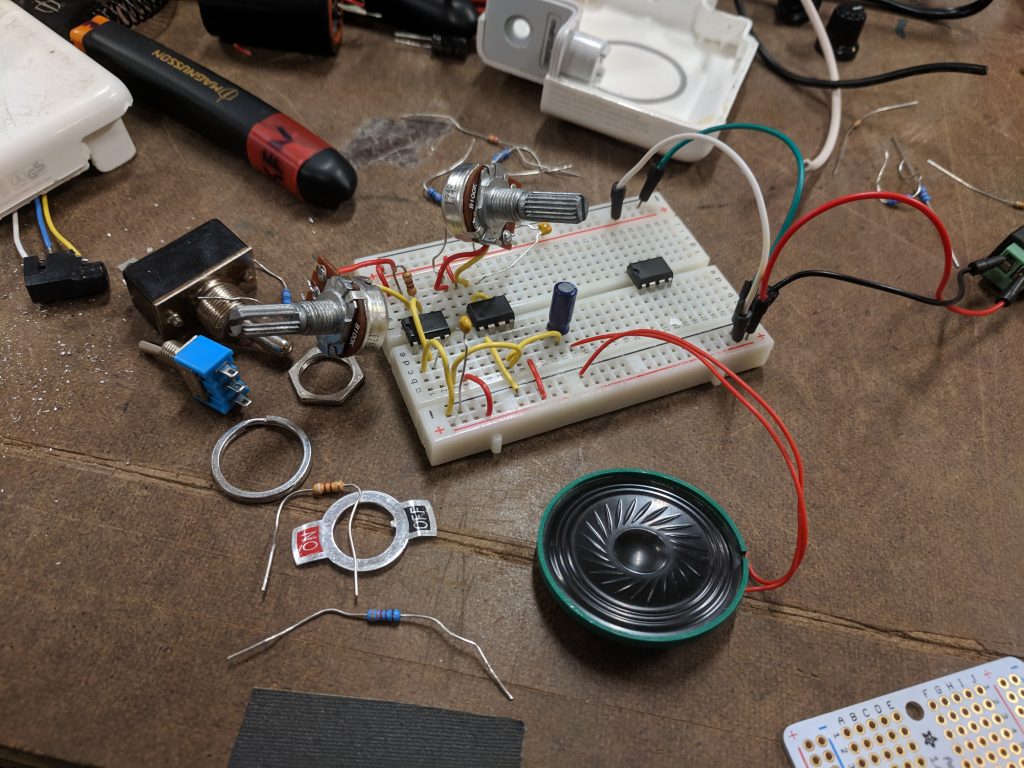 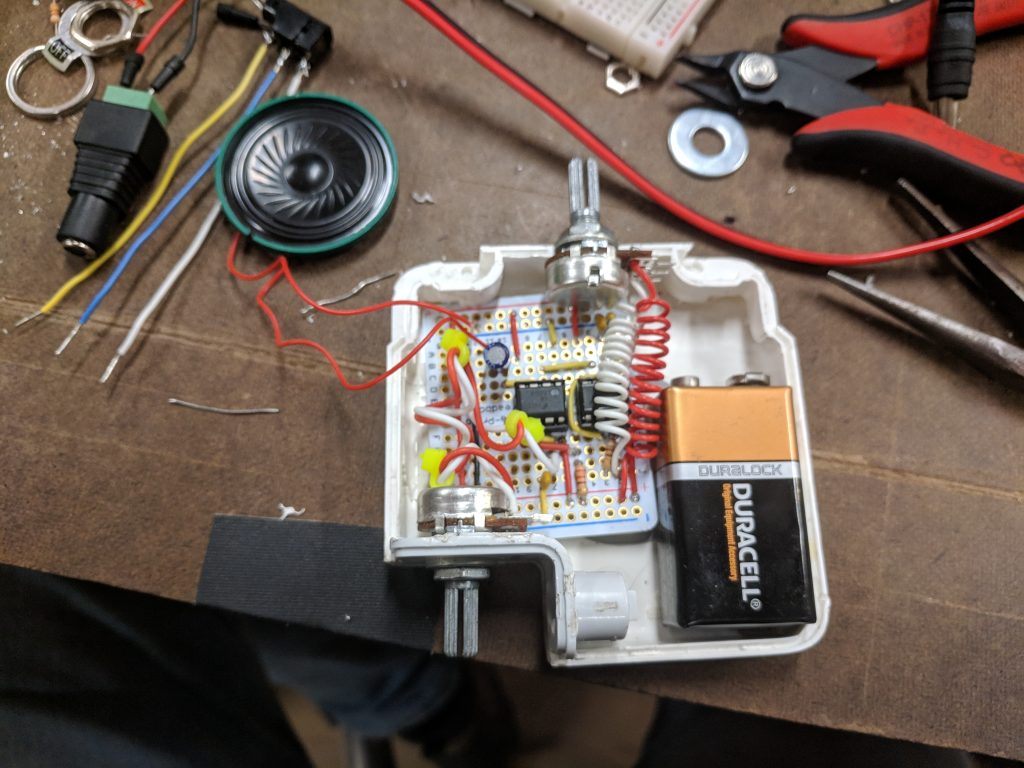 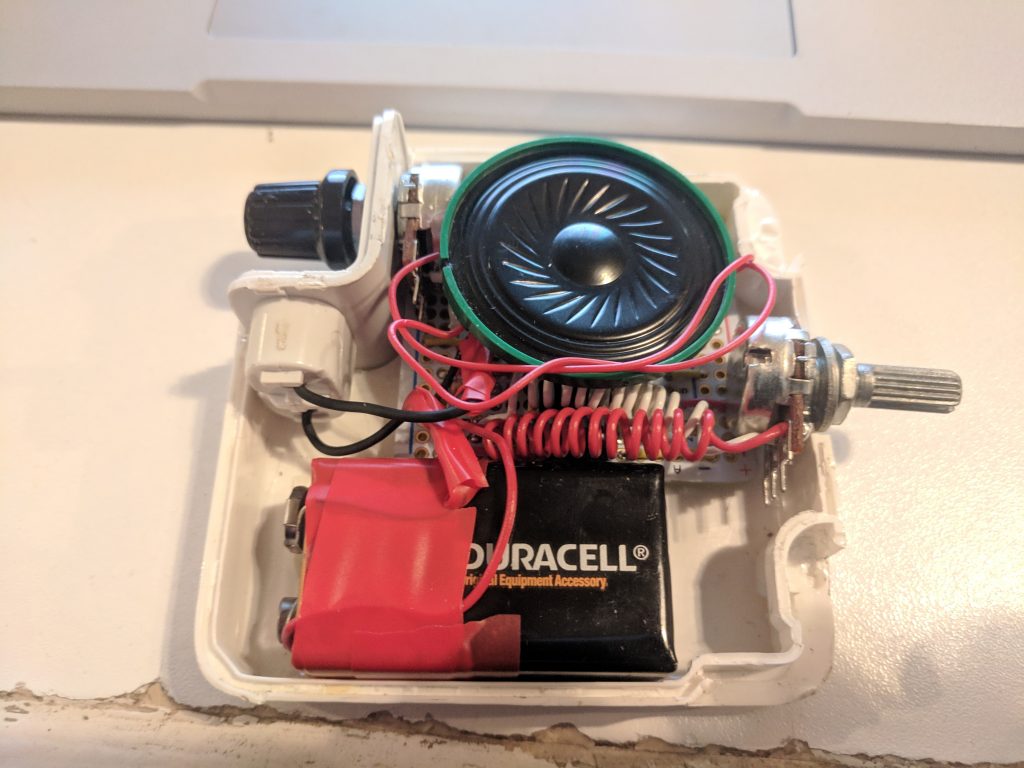 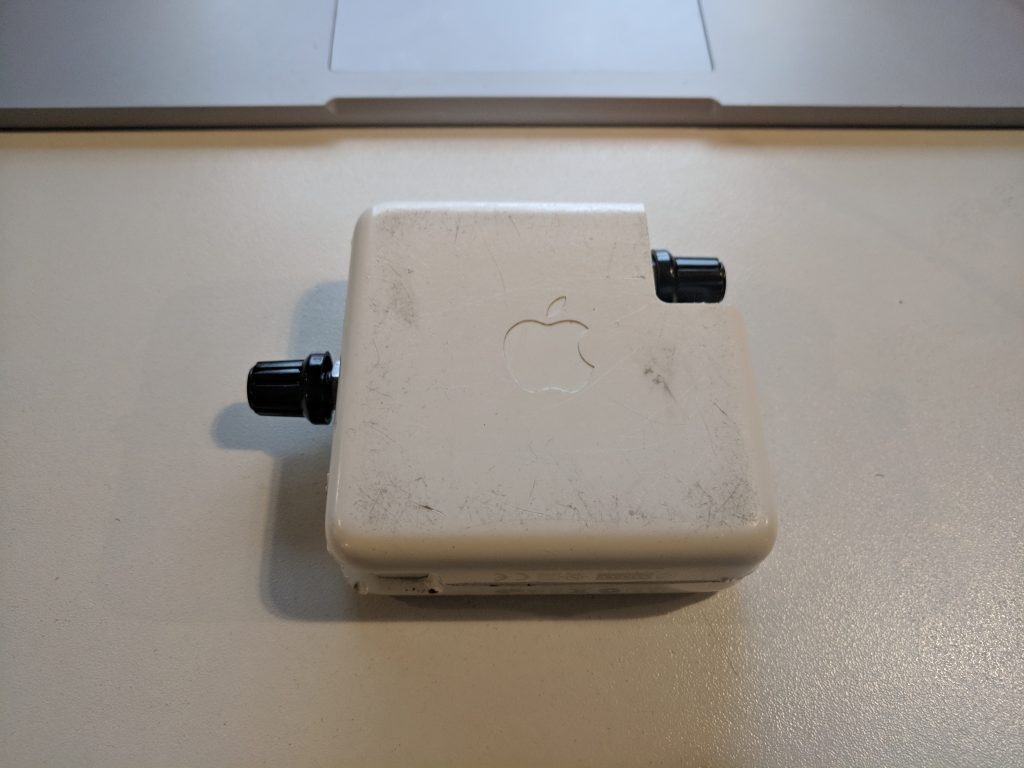 Demonstration of working device on the way!